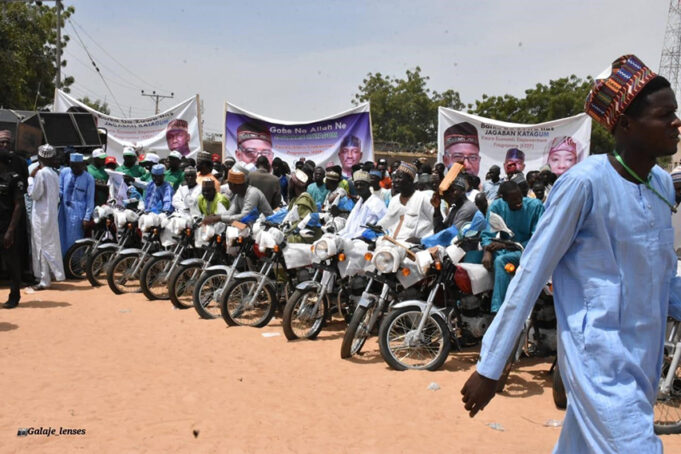 One thousand women and youths have been empowered by the Bauchi State Government with various items including cash amounting to the sum of N99 million.

The items included sawing and knitting machines, talia making materials, motorcycles, vehicles, jerry cans of groundnut oil and others given out on Sunday at Itas-Gadau and Jama’are LGAs of the state.

Governor Bala Mohammed distributed the occupational equipment which he said was part of his social welfare scheme tagged ‘Kaura Economic Empowerment Programme’ (KEEP) designed to be implemented across the 20 local government areas.

In Itas Gadau, the governor said that the items distributed which included commercial motorcycles, cash, grinding and sewing machines were worth N49 million.

According to him, N50 million was expended on the empowerment scheme in Jama’are, saying his administration is mindful of the need to lift people out of poverty. 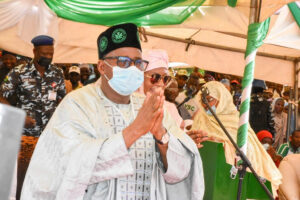 The governor further stated that monitoring and evaluation mechanism was put in place to ensure that the occupational materials are not diverted, but reach the right beneficiaries.

He advised the beneficiaries to judiciously use the items to boost their businesses and in turn get others to work for them which will make them gainfully employed as well as becoming employers of labour.

ASUU to Buhari: Strike can be resolved in 2 days, not weeks