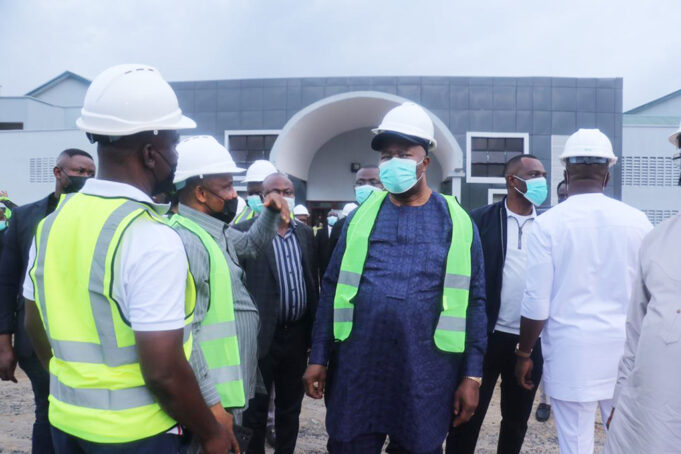 The president, according to the minister, has given directive for the completion of all abandoned but viable projects in the Niger Delta.

Akpabio spoke in Uyo, on Sunday, after an inspection tour of the long-abandoned 1,000-bed hostel blocks constructed by the Niger Delta Development Commission (NDDC) for the University of Uyo.

Located at the Main Campus of the institution at Nsukara Offot, Uyo, the three-storey project which started about 15 years ago, but was delayed for many reasons is almost 98 per cent completed and ready for commissioning in the next couple of weeks.

The minister, who eulogized the President, for his massive support to the interventionist agency since assumption of office, hinted that the NDDC’s commitment to the completion of the students’ hostel project was a directive from the President.

He disclosed that other abandoned projects in the Niger Delta were now at various stages of completion and inauguration.

In his remarks after the facility tour, the Interim Administrator of the NDDC, Effiong Akwa, thanked President Buhari for his moral and financial support which has seen to more abandoned projects in the region being completed and handed over to its beneficiaries.

“Let me place on records the support of our dear President to the Niger Delta region. He has handed a presidential directive through the minister, that we must ensure that all abandoned but viable projects in the region are completed and handed over to its direct beneficiaries,” Akwa stated.

One killed, vehicles razed as petrol-laden tanker explodes in Lagos