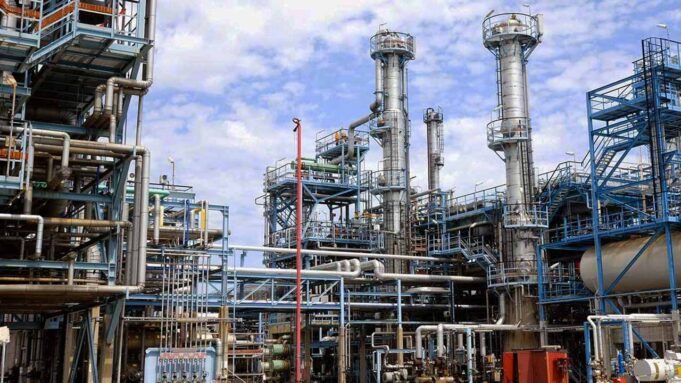 Hundreds of casual workers at the Warri Refining and Petrochemical Company (WRPC) grounded activities at the facility on Thursday over the company’s failure to regularise their appointments.

The protesters, some of whom had served the company for about 28 years demanded the immediate regularisation of their appointments from casual to regular employees.

They also demanded salary increment, payment of all outstanding allowances, better working conditions and improved welfare among others.

Some of them demanded for outright payoffs, alleging that the management of the NNPC, the supervisory agency had refused to yield to their demand for regularisation over the years.

Some held tree branches while others wielded placards with different inscriptions expressing their misgivings.

“No conversion, no quick fix,” “15 years to 27 years of slavery must stop,” “NNPC, stop technical lies,” “Warri, Kaduna, Port Harcourt Refineries must work,” “Increase our salary,” some of the inscriptions read.

Calling on the Group Managing Director of the NNPC, Mele Kyari, to address the issue, the protesters said that activities would not resume in the company until their demands were met.

One of the protesters said: “The workers want to leave the job and want the management to pay them off since their services are no longer needed.

“On the ground that the management still wants our services and want to keep us, we demand for our conversion from causal staff to permanent staff,” he said.

The aggrieved workers protested over the same issue in 2019 and in 2020 without a resolution.

Toyin Lawani: My uncle raped, impregnated me at 15