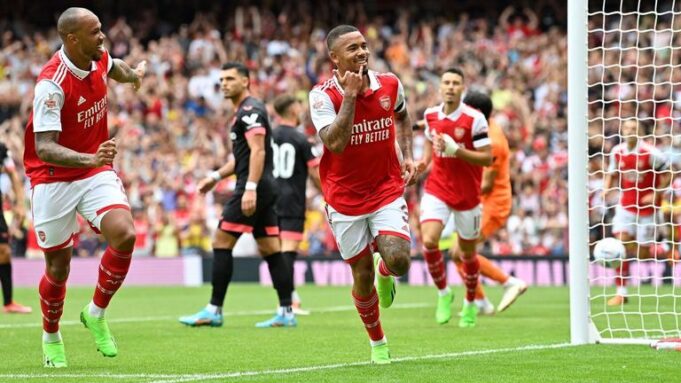 Troubled Liverpool will be desperate to get their first win of the Premier League season when they face Bournemouth on Saturday.

As the Reds splutter, leaders Arsenal, who host Fulham this weekend, have emerged as the Premier League’s only team with a 100 percent winning record after three games.

Just months after coming within two games of an unprecedented quadruple, Liverpool suddenly look vulnerable after making their worst start for 10 years.

Jurgen Klopp’s side were denied the Premier League title by Manchester City on the last day, then lost the Champions League final to Real Madrid, leaving them with the FA and League Cups as consolation prizes for their tilt at football immortality.

At present, Liverpool, beset by injuries, are suffering a heavy hangover from their nearly-historic season.

As optimism grows in north London, Oleksandr Zinchenko has warned Arsenal not to get carried away by their surprising surge into pole position.

According to AFP, Ukraine left-back Zinchenko knows exactly what it takes to thrive in the Premier League after his successful spell with champions Manchester City.

Having made the switch to Arsenal in the close-season, Zinchenko and fellow former City star Gabriel Jesus have made an immediate impact on Mikel Arteta’s side with their wealth of title-winning experience.

Arsenal have won their opening three matches for the first time in 18 years.

But after last weekend’s eye-catching 3-0 win at Bournemouth extended Arsenal’s perfect opening, Zinchenko was at pains to urge his teammates to keep their feet on the ground.

“We need to analyse what we have done well, what we should improve, what we should change and we know the manager is going to tell us. We need to show our best performance every single week,” Zinchenko said ahead of Fulham’s visit to the Emirates Stadium on Saturday.

Below are the Premier League fixtures slated for the weekend:

Soludo: Peter Obi’s investments worth nothing