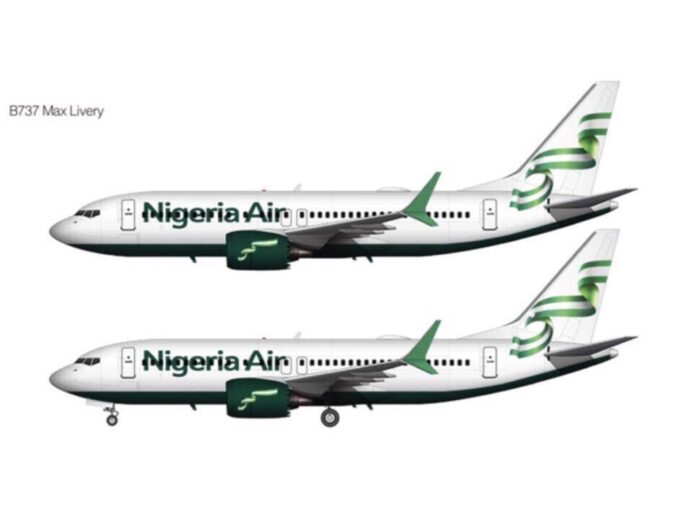 Ethiopian Airlines has been selected as the preferred bidder for the Nigerian National Carrier, Nigeria Air.

The Minister of Aviation, Hadi Sirika, made this known at a press conference in Abuja.

According to a statement made available to The Star on Friday, Sirika said Ethiopian Airlines won the bid with a consortium.

The minister stated that the Nigeria Air would be launched with three Boeing 737-800 aircraft in a configuration suitable for the Nigerian market.

He added that the Nigeria Air would be launched with a shuttle service between Abuja and Lagos to establish a new comfortable and affordable travel between the two airports, noting that other domestic destination will follow thereafter.

The minister said: “The National Carrier, Nigeria Air, is well on its way to being launched with three Boeing 737-800 in a configuration very suitable for the Nigerian market.

“Nigeria Air will launch with a shuttle service between Abuja and Lagos to establish a new comfortable, reliable and affordable travel between these two major Nigerian Airports. Other domestic destination will follow thereafter.

“The Request for Proposal (RFP) under the PPP act, governed by ICRC, is completed. After a careful, detailed and ICRC governed selection process, Ethiopian Airlines (ET) Consortium has been selected as preferred bidder, offering an owner consortium of 3 Nigerian investors MRS, SAHCO and the Nigerian Sovereign Fund (46%), FGN owning 5% and ET 49%.

“The consortium has been subject to a due diligence process, after which the contract will be negotiated between the consortium and the FGN, leading to a Full Business Case, which will be expected to be approved Federal Executive Council (FEC). We expect this process to take 6-8 weeks.

“An interim Executive Team of highly skilled Aviation Experts has been working since February 2022 to set up all the necessary regulatory and industry requirements to launch the National Carrier.

“All Executives have been approved by NCAA, the Air Transport License has been issued by NCAA, Nigeria Air (after having identified the first three aircraft) will now finalise all necessary Operation Manuals and then go through the inspection and approval process of NCAA.

“The money spent for the launch of Nigeria Air, for all the requirements to establish an AOC and be admitted starting an airline operation, is well within the 5% capital investment of the Federal Government of Nigeria, that will be overall needed to establish the National Carrier initially for the AOC approval and everything else required by stringent national aviation regulations, as prescribed in the FEC approved Outline Business Case (OBC).

“This OBC is the milestone for the preferred Bidder Consortium and has been met by the submitted business plan of the preferred bidder. It is the overall share capital of around 300 Mio USD, provided by the preferred bidder that will launch Nigeria Air to its full size of 30 aircraft and international operation within the next two years.

“No further FGN funding will be provided above the 5% share capital of the next national Carrier of Nigeria, which was provided to launch Nigeria Air,” Sirika said.

The minister added that the Nigeria Air was recruiting qualified crew to join its operations.

“The first aircraft is ready to arrive in Abuja for the further work and NCAA inspection, demo flights and audit as part of the AOC requirements. In time, two others will arrive to complete the required three aircraft for a new AOC holder.”