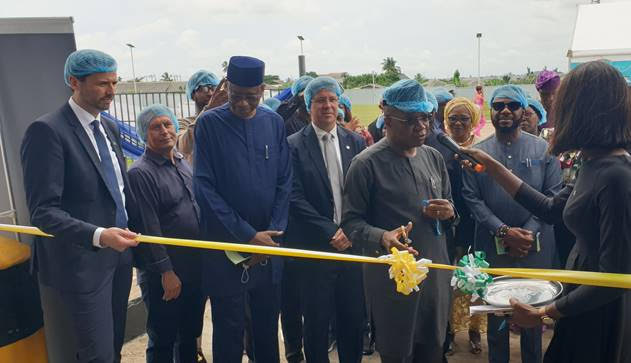 Julius Berger, in a statement made available to The Star on Monday, said the commissioning of the state-of-the-art cashew plant was aimed at diversifying into the economically significant agricultural industry in addition to the company’s thriving construction major.

Speaking at the event held on Saturday, the Chairman of Julius Berger’s Board of Directors, Mutiu Sunmonu, said the occasion marked a pivotal moment in the company’s history “as we are ready to succeed and move in the right direction tremendously for Nigeria, our employees and shareholders.”

Sunmonu recalled the history of the company in Nigeria saying since 1965 when Julius Berger entered Nigeria with the construction of Eko Bridge in Lagos, “we have always represented ourselves very well with our trademark great value chain.” 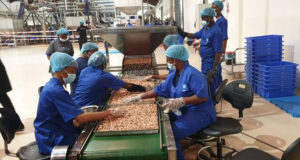 “We have now strategically diversified Julius Berger from being only an engineering construction entity into agricultural produce processing for which we all know Nigerians have a historical antecedent and understandable nostalgia,” he said.

He added that the company still has a lot in the pipeline, saying: “As we continue to work on our plans, you will see us transform into a conglomerate.”

The chairman further revealed that the new factory is semi-automated for premium international quality cashew processing designed to produce about 60 tons per day.

On his part, the Managing Director of Julius Berger Nigeria Plc, Dr Lars Richter, said the inauguration of the company’s Cashew Processing Plant marked another significant milestone in the company’s partnering relationship with Nigeria.

Richter said: “Today we start another milestone in our relationship with Nigeria built from the past into the future.

“Since 1965, when Julius Berger Nigeria entered into the country and began operations in Lagos, it has never looked back in its strategic contributions to national development. That mission will continue.

“Our launch into agriculture is part of our larger ambition to diversify the Julius Berger Group, expanding our positive impact and extending our contribution to Nigeria, beyond construction.”

Others were Lagos State Commissioner for Agriculture, Arc Abisola Olusanya who represented Governor Babajide Sanwo-Olu; the Secretary to the Ogun State Government, Tokunbo Talabi; the Olisa Odomola, His Royal Highness, Y. T. Rasheed Aji; among others.