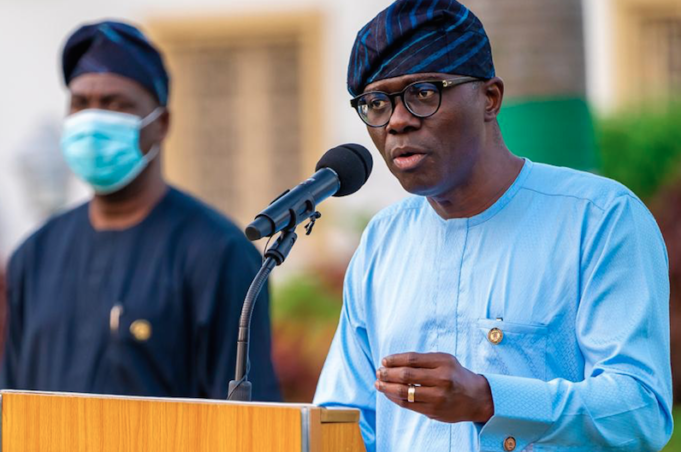 Lagos State Governor, Babajide Sanwo-Olu, has assured that justice would be served in the death of a 22-year-old fashion designer, Oluwabamise Ayanwole, who was confirmed dead after she boarded a Bus Rapid Transit (BRT) bus in the state.

The Lagos State Police Command had earlier on Monday confirmed that Ayanwole, who got missing in transit while onboard the BRT bus, had been found dead.

The State Police Public Relations Officer, Adekunle Ajisebutu, who made the disclosure, added that the driver of the BRT bus involved in the unfortunate incident had been arrested by security operatives.

However, Governor Sanwo-Olu, while reacting to the incident via a statement on Tuesday, assured that justice would be served over the murder of the 22-year-old lady.

The governor stated that the life of every resident of Lagos State mattered and would not be taken for granted.

Sanwo-Olu vowed that his administration would leave no stone unturned in the investigations and arrest of everyone found culpable in the kidnap and death of Ayanwole.

He said: “The management of Lagos Bus Service Ltd, has been directed to cooperate fully with security agencies in their investigations, so that the full weight of the law is brought down on everyone involved in this ugly incident.

“To Oluwabamise’s family and loved ones, my thoughts and prayers are with you in.  this difficult time, may the Almighty God console you. I hereby give you my word that justice will be served.”

The governor added: “I also assure you all that the BRT services remain safe, despite this condemnable act.

“Once again, my sincere condolences to the Ayanwola family. May Oluwabamise’s soul rest in peace.”

22-year-old Ayanwole was reported to have got missing while returning to Sango Ota, Ogun State, from Ajah in Lagos State on February 26, 2022, when she boarded a BRT bus with number 240257 going to Oshodi at about 7 pm at Chevron Bus-Stop.

It was gathered that the victim, who worked as a Fashion Designer at Chevron Estate in Ajah, spent her weekends in Ota, Ogun State, with her sister.

According to her mother, Oluwabamise, who sensed danger after the BRT bus did not pick any other passenger at subsequent bus stops, engaged a friend using voice notes on her phone.

The voice notes showed that the bus driver said he liked Oluwabamise and asked for her name and other details.

She was said to have told her friend to pray for her as she became suspicious of the bus driver.

It was further gathered Oluwabamise sent a video to her friend showing how dark it was in the bus.

“There are three men and one woman in the bus. The woman is sitting at the back. Please pray for me,” the 22-year-old lady was said to have told her friend.