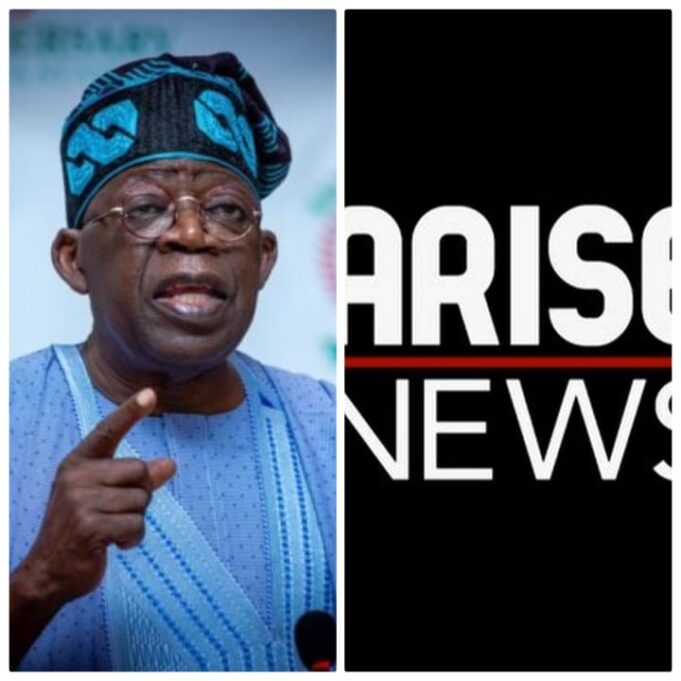 The Presidential Candidate of the All Progressives Congress Congress (APC), Asiwaju Bola Ahmed Tinubu, has explained why he won’t attend the Town Hall meeting being put together by Arise News.

Tinubu, in a statement made available to The Star on Friday, said he can’t be railroaded by any media organisation to fit into its own agenda.

He urged the television station to stop using his name or portrait in its advertisement.

The campaign spokesman, Bayo Onanuga, stated that there was no consultation with Tinubu on the December 4th event.

He said: “Our attention has been drawn to an advertisement by Arise News in connection with a Town Hall meeting scheduled for 4 December.

“We are surprised that the TV station listed our candidate, Asiwaju Bola Ahmed Tinubu, as a participant, when there was no prior consultation with him and his aides and no consent of the candidate obtained for the advertisement.

READ ALSO: Buhari to African leaders: We must produce independent managers for industrialisation

“We deem this as professionally wrong and reckless.

“No media organisation should arrogate to itself the right to railroad any candidate to fit into its own agenda.

“As we said in an earlier statement, the busy and hectic campaign schedules of Asiwaju Tinubu will not permit him to honour all invitations from different radio and TV stations for debate and or Town Hall meetings hence our decision for him not to start with one media organisation and later ignore the others.”

The APC presidential candidate stated that he has been speaking directly to Nigerians since the launch of his manifesto.

“In the absence of a unified and mutually acceptable all parties and all candidates platform, our candidate has been speaking directly to Nigerians, since President Muhammadu Buhari launched Tinubu’s Action Plan for a Better Nigeria.

“Till date, over seven town hall meetings with strategic sectors have been held across the geopolitical zones, where the candidate and his running mate have spoken about their programmes.

“These direct engagements will continue before the election on 25 February 2023.

“We therefore urge Arise News to stop using our candidate’s name or portrait in its advertisement, forthwith,” the statement stated.

Buhari: How we recorded biggest economic growth in 6 years