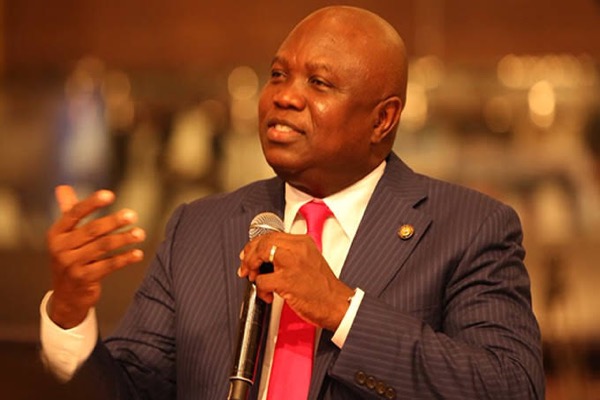 Former Governor of Lagos State, Akinwunmi Ambode, has urged youths in the state to get their Permanent Voters’ Cards (PVCs) ahead of the 2023 general election.

The former governor, who has been politically reserved since he left office in 2019, said power remains in the hands of the youth.

He further expressed his appreciation to Lagosians for endorsing his contributions to the growth of Lagos State.

Ambode wrote: “After all we have been through, God has been faithful.

“Thank you for the overwhelming endorsement of our modest contributions to the growth of Lagos. It can only get better for Lagos, and indeed Nigeria.

“The youth are coming. The power is in their hands. Go and get your Permanent Voters’ Cards (PVCs) ready. Your future is NOW!”

The 58-year-old former governor, who has not been visible in the public since he left office in 2019, had lost his re-election to the incumbent governor, Babajide Sanwo-Olu.

He had lost to Sanwo-Olu at the All Progressives Congress (APC) primary election, following intra-party crisis.

Ambode has, however, yet to declare his intention to run for the Lagos number one seat in 2023.