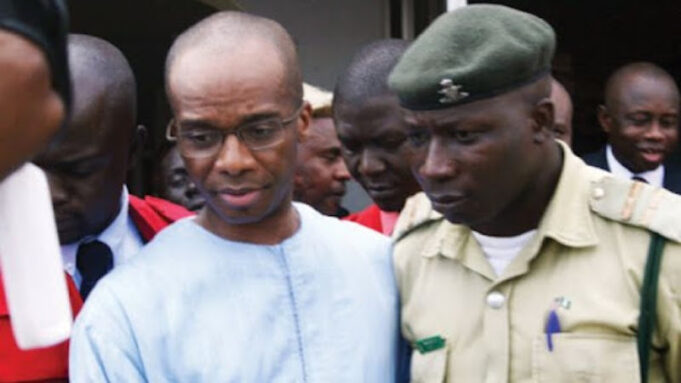 The Court of Appeal, Lagos Division, on Wednesday affirmed the conviction of a former Managing Director of the defunct FinBank Plc., Mr. Okey Nwosu, by a Lagos High Court over alleged theft of N18 billion.

While affirming his conviction, the court ordered the appellants to refund N10 billion out of the total N18 billion on the grounds that the bank (FinBank Plc.) had recovered about N8 billion.

Justice Lateefat Okunnu of a Lagos High Court in Ikeja had on January 6, 2021 convicted and sentenced Nwosu to three years imprisonment over the offence.

The court also ordered the convicts to refund the stolen fund.

Dissatisfied, Nwosu and Famoroti lodged an appeal to upturn the judgement.

However, delivering judgement on the appeal on Wednesday, the Appellate Court upheld their conviction and the three years jail term.

The convicts were first arraigned in 2013 before the lower court’s judge by the Economic and Financial Crimes Commission (EFCC), but the Court of Appeal had on November 21, 2013 quashed the charge and set them free.

However, the anti-graft agency lodged an appeal at the Supreme Court, following which the appellate court’s judgement was upturned, while Nwosu and his co-accused were ordered to return to the High Court for their trial.

How corruption is plunging Nigerians into poverty – SERAP

Peter Obi: I won’t probe past administrations if elected