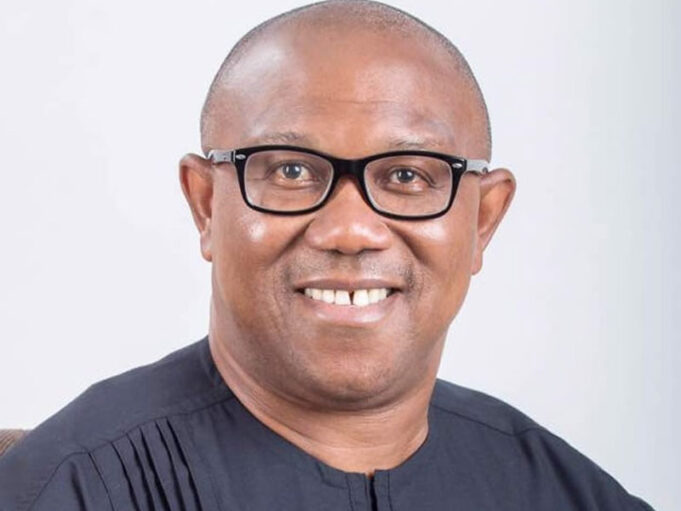 The Oyo State Police Command has debunked claims that a man caught in possession of a double-faced jackknife, Lateef Wasiu, attempted to kill the presidential candidate of the Labour Party (LP), Peter Obi, at the party’s presidential campaign in Ibadan, the state capital.

A video of the man trended online on Wednesday after the suspect was caught with the weapon at the Lekan Salami Stadium, Adamasingba, Ibadan, the venue of the rally.

Many supporters of Obi had claimed it was an attempt to murder the LP presidential candidate.

However, the Oyo State Police Public Relations Officer, Adewale Osifeso, in a statement issued on Saturday, said the suspect, who concealed the weapon inside his suit, was arrested by police operatives at the venue of the rally.

Osifeso debunked claims that the suspect made an assassination attempt on Obi.

The police spokesperson, however, said Wasiu acted contrary to extant laws, especially the 2022 Electoral Act by bringing a weapon to the venue of the rally, adding that the suspect has been charged to court.

Osifeso stated: “Preliminary investigations revealed that the event was characterised with effective deployment of operational, tactical and intelligence assets, which was monitored under the highest levels of professionalism.

“He was arrested by police operatives stationed at the venue for being in possession of a concealed weapon, a double-faced jackknife on the inside of his suit in violation of the 2022 Electoral Act and other guiding regulations.

“Assertively, the Command wishes to reiterate that there was no assassination attempt on the life of Mr Peter Obi, the presidential candidate of the Labour Party, contrary to widespread, unfounded speculations. Lateef Wasiu has already been charged to court.”

CAN: We’ve not rescinded our position on APC’s Muslim-Muslim ticket