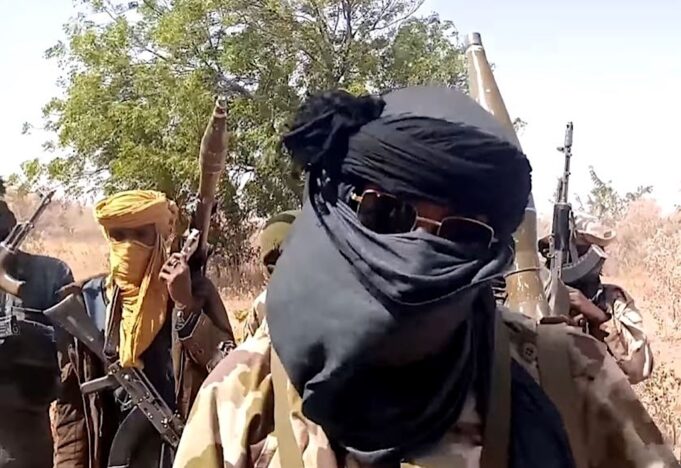 No fewer than 11 soldiers have been killed by terrorists along the Kaduna-Birnin Gwari highway in Kaduna State.

Security sources disclosed that the soldiers were killed in an ambush laid by the terrorists along the highway.

The sources disclosed that the assailants, in their hundreds, ambushed and massacred the soldiers, setting two military Armoured Personnel Carriers (APC) ablaze on Sunday.

One of the sources said the terrorists were moving several herds of cows when the troops, who suspected the cows had been rustled, engaged the gunmen.

“The soldiers thought it was a few bandits and engaged them. Yes, they killed some of the bandits but the terrorists overpowered them.

“The terrorists do not leave their dead behind. They also burnt down two Armoured Personnel Carriers (APCs),” Daily Trust quoted the source as saying.

A resident of Birnin Gwari, identified as Abdul Ahmed, revealed that a military redeployment was sent to the area on Monday to evacuate the dead soldiers.

Ahmed said he counted about 11 corpses of soldiers loaded into a van.

The corpses of the soldiers were also seen by the roadside in a viral video.

Meanwhile, the Nigerian Army had to release an official statement on the deadly attack as of press time.

Explosive device planted by IPOB blows up members in Imo